Enrique began working with Canine Perspective in December of 2019. His interest in dog training began when he got his German Shepherd puppy, Lola. Seeking to educate himself to be the best dog owner he could be, Enrique sought out advice from well-known dog trainers on the internet. His journey led him to Canine Perspective; his clear interest in dog training, positive energy, and patience led to Jesse offering Enrique a position as a dog handler and junior dog trainer.

By continuing to further his education on his own time while being mentored by Jesse, Enrique has developed exceptional skills as a dog trainer and has earned himself the title of Senior Dog Trainer and Facility Training Manager at Canine Perspective. Enrique is now accepting his own private clients and provides follow-ups, handles training of our Puppy Head Start puppies, and is in charge of handling Canine Perspective’s Board/Daycare & Trains. As of January 1st, 2022 Enrique is now the Head of Training overseeing any and all training done by our new Training Facility Manager, Elias Snyder, as well as staff.

While still continuing the lifelong journey of refining his dog training skills, you can be assured that Enrique will provide the insight, knowledge, and transparency that Canine Perspective is known for. In cases where Enrique may not have the insight, he works with Jesse to further his skills and knowledge.

Enrique is also accepting consultation requests to help provide clients with another option so that they can have their consult sooner rather than waiting weeks for an opening on Jesse’s schedule. Consultations with Enrique are via Zoom with available times at 7:15 pm and 8:30 pm Monday and Tuesday. Sunday appointments are scheduled with Enrique and are dependent on his schedule for the day.

There is a non-refundable consultation fee of $135 that needs to be paid first before your consultation will be scheduled. Consultations with Enrique are NOT credited towards training programs. 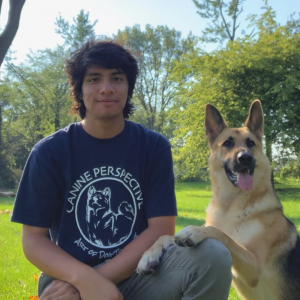 Click the link below and fill out the form to book a consultation with Enrique.