Why Rotating Dog Food is Healthy for Puppies

Why Rotating Dog Food is Healthy for Puppies

When I used to work at a large pet food store, I remember seeing pet owners panic when we were out of their dog’s particular food, or — worse than that — the food was discontinued.

Why Switching Dog Food Can be Difficult

It wasn’t until I was buying food from a small pet food store that I found out why this happens.

The store I worked at didn’t carry the brand of food — Taste of the Wild — I was feeding my dogs at the time, so I went to a neighboring store. This was when my dog Lexxi was a puppy, so I was buying both adult and puppy food. But I always bought the same flavors.

After a couple of months, the woman at the store said she noticed I always bought the same protein and never rotated. I responded with yes, because those were the ones my dogs liked. It was then that she explained to me why it is important to rotate the protein each time you buy a new bag of food, especially if you have puppies.

We tend to keep puppies on the same type of food as they’re growing because it helps prevent digestive issues. A common result of switching brands or protein is diarrhea. That’s why everyone will tell you to mix a ratio of old food with the new food to ease them into the new diet and make for an easier transition, but it can still happen.

So why would you want to deal with the possibility of diarrhea with each new bag of dog food?

By switching your dog’s food each time you buy a bag, you’re teach ing them to break down different types of protein. If they are raised the first year of life only being fed a particular brand’s chicken recipe, their body doesn’t know how to break down anything else outside that particular protein. That’s where all the issues stem from, including allergies and digestive problems.

Something similar happens when people stop eating meat. Once they’ve stopped consuming a certain protein or proteins, after a while the enzymes needed to break down those proteins drop in levels. But if they decide to go back to eating meat, they get sick initially because their body needs to build up those enzymes again.

Now, don’t get me wrong, some puppies are just born allergic or unable to digest certain proteins. Don’t try to push it and think they’ll get over it, you’ll only make your puppy sick.

But, in general, exposing dogs to fish, chicken, turkey, bison, beef, and other meats at an early age allows them to develop the enzymes necessary to break down a variety of proteins. It helps build a more resilient and tolerant stomach so that — in the future — when a particular food is not available, it’s not a problem. By the time they’re an adult, their body can break down anything.

Plus, it gets boring eating the same bland dry food everyday! 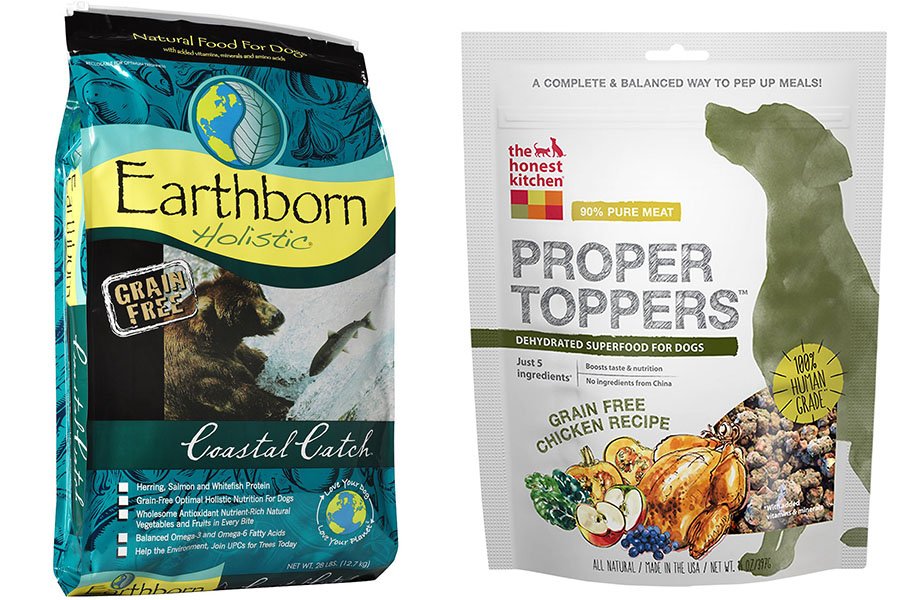 My dogs are currently on Earthborn Holistic that I mix with Honest Kitchen to help add some variety of flavor to their meals. Both are really great brands of dog food and they absolutely clean out their bowls.

One other thing: although protein is the most important part of a dog’s diet, there are several other important factors to consider when picking out your dog’s food. So, don’t forget to look at the entire list of ingredients.